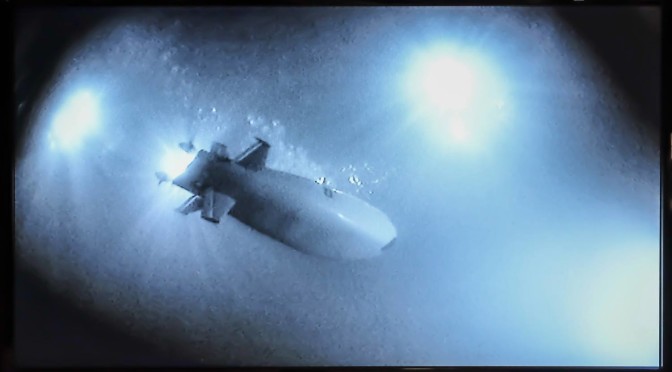 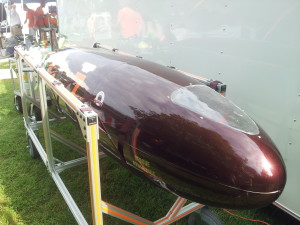 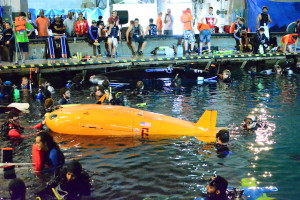 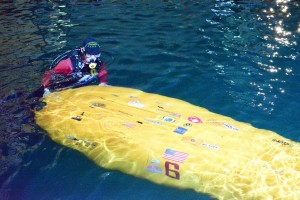 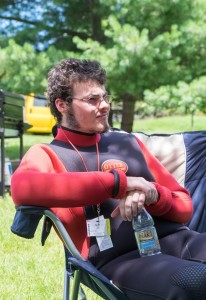 Yeah, yeah, I know I’m a bit late on the draw, but I had to post something about this.

If you don’t know, I’ve been on the VT Human powered submarine team since the third week of my freshman year, mainly working on our two-person submarine, Phantom 6. Now, let me tell you something about this sub… this sub… this sub, right here… was a trainwreck. The original design was sound, and an ambitious idea: get two people in a submarine, and pedal as fast as they can, sum the power and output it to the propellers. However, due to some human error (using set screws on a torsion shaft; [KA-CHUNK]) and some inhuman error (warping due to storage conditions) this submarine basically was problem after problem. From rusty bolts to broken cables and hair-trigger rescue buoys, this thing always had something in its bag of tricks.

But we persevered. We did some MacGyvering and quickie fixes, and got the sub in the water. We lined her up at the starting line and let her run. She did a complete 180, ending the race at a position father behind the starting line than we released her. Needless to say, we were a bit heartbroken and knew she needed a lot of work. 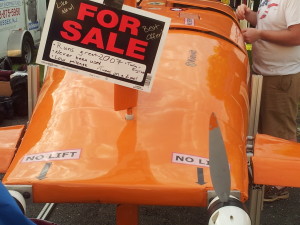 This competition was a week long, and since I was a support diver for my team, I was constantly swapping from working on machinery in the burning sun to SCUBA diving in the icy water to position the pilots, check the systems, and run the subs.

So we got to work overhauling her, and that overhaul even saw my printer, PISCES, make an appearance to make some bracers for the Dead man’s switch. 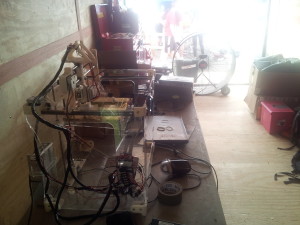 Normally, this wouldn’t be an issue, except for the fact that we brought with us two submarines. Phantom 7 (our newest submarine, and top of the line) was the pride of our team, that we had designed from scratch to be superior to Phantom 6 in every way.

Overhaul, wet testing, and all the training and design burned up multiple days and a lot of work.

The night before the final day, we had not completed a run on either of our subs, and we decided that some critical systems on both subs needed serious overhaul. With Phantom 6 practically falling apart, many of the older members of the team wanted to give her a proper goodbye and get her across the finish line. The president put out a heartbreaking vote: What sub would be forsaken?

After much deliberation, it was decided that Phantom 6 would see a run, and 7 would get tossed to the wayside.

The final day of the races, I geared up with the other support divers and Phantom 6, the 8 year old submarine, and got her ready to go. As she took off, the support divers and I went to the surface and watched the monitors as she started moving on camera. The rules state that if any hatches come off, buoys go up, or lights go off, the run is over. Halfway down the track, the back half of the port hatch detached, and it was held on by half a bracket. After forgetting I was an aerobic organism and remembered to breathe, we lost Phantom 6 on camera until we heard the announcer… “Phantom 6 has crossed the finish line!”

Our team has never been happier, and people on the beaches were hugging and screaming. The rest of the divers and I were throwing water around and cheering.

In all, it was a shame that 7 never saw a run, but above all, I am glad we managed to get 6 across. Phantom 6 and 7 currently both reside in the WARE lab’s presentation bay while we work on building Phantom 8.

Personally, I think we dropped the ball on this one. It was a lot of fun, and we completed a run, but Phantom 7 didn’t even hit the water, which, given all the work we put into her, is fairly disappointing. As we press on and decide what we want to do for future subs, we need to keep in mind what our various design decisions mean.